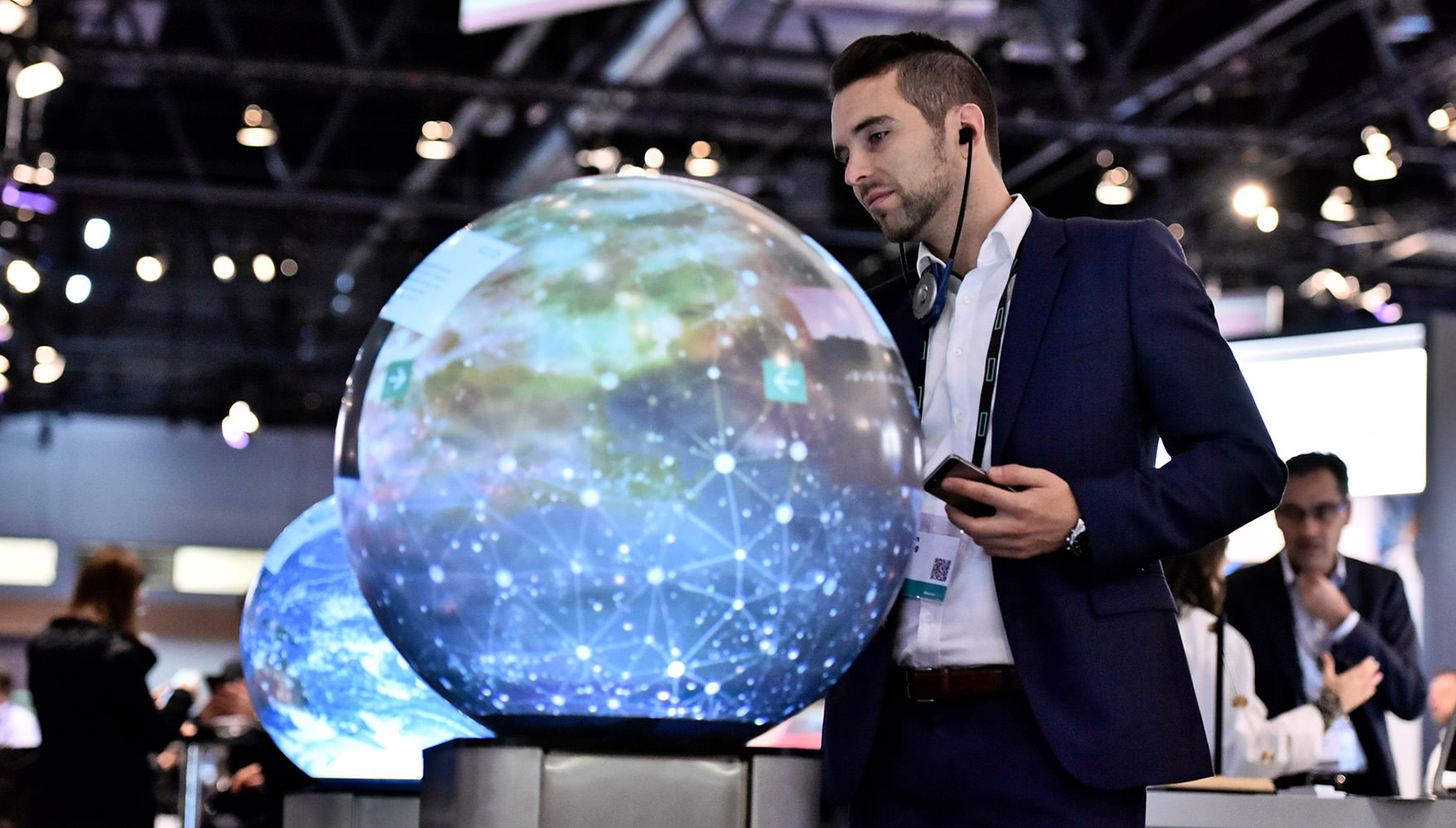 Exascale is a supercomputer capable of performing one quintillion calculations per second while using less energy, power, and space than traditional supercomputers. To help Hewlett Packard Enterprise (HPE) introduce Exascle to their global teams in a big way, we designed four real-world scenarios—climate change, healthcare, data connections, exploration of the universe—where the supercomputer could make life better for humanity. We took these models and brought them to life through interactive touchscreen globes that debuted in Madrid before touring the world. 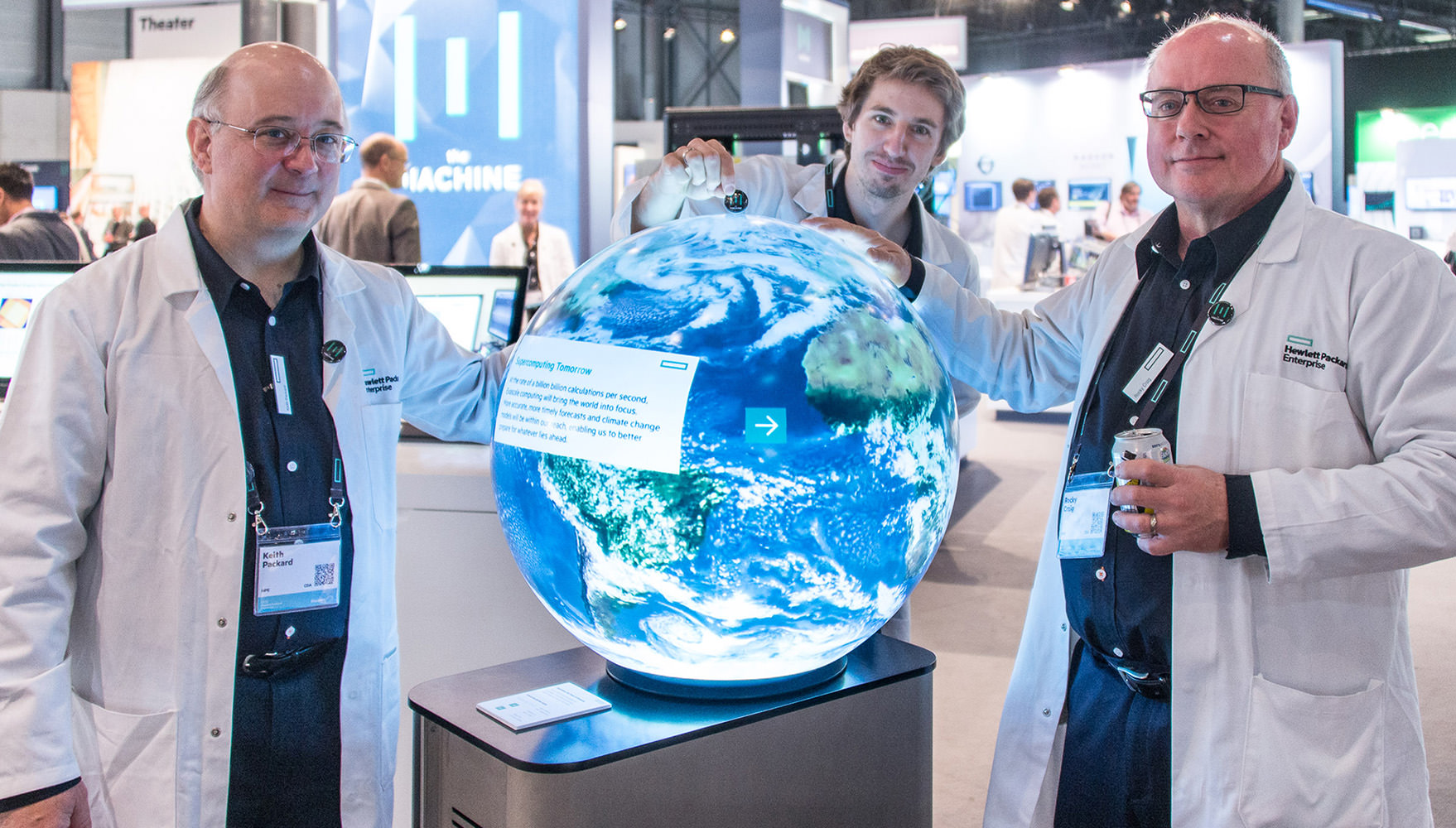 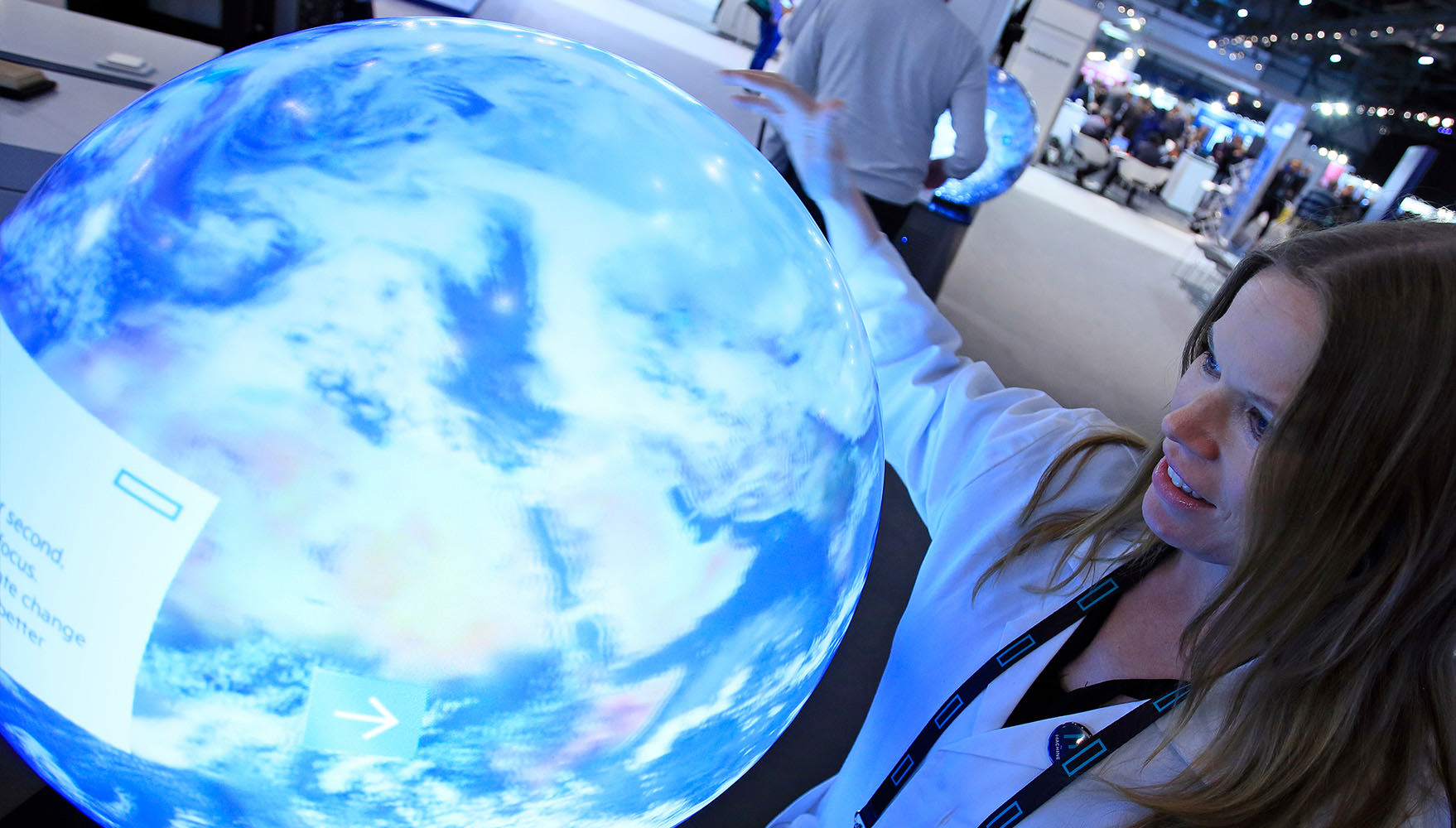 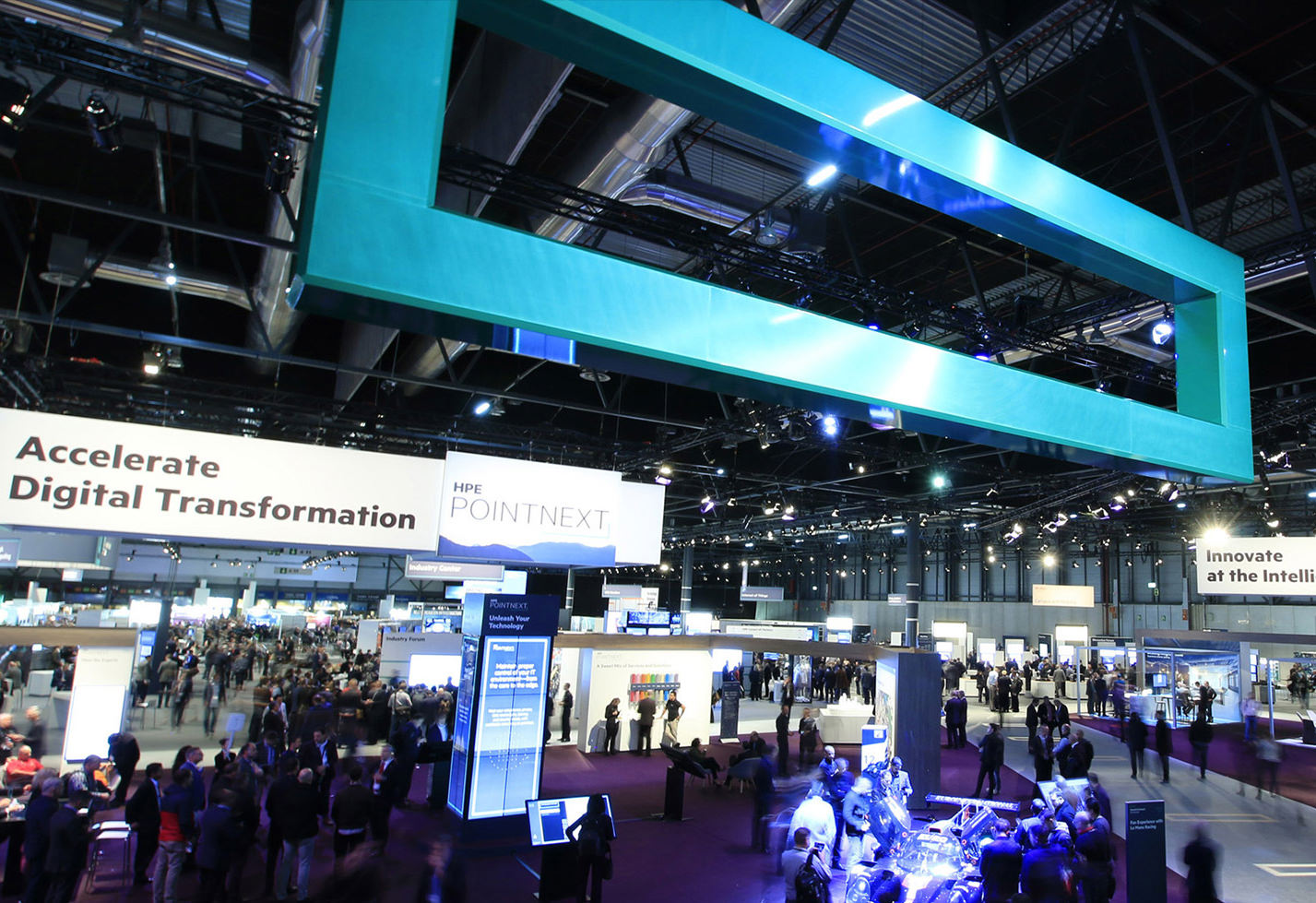 To elevate Hewlett Packard Enterprise’s sponsorship of Code 2017’s cocktail hour, I concepted and designed tasteful branding touches that appeared throughout the venue. My subtle design positioned HPE as a key presence at the conference without overtly announcing it. 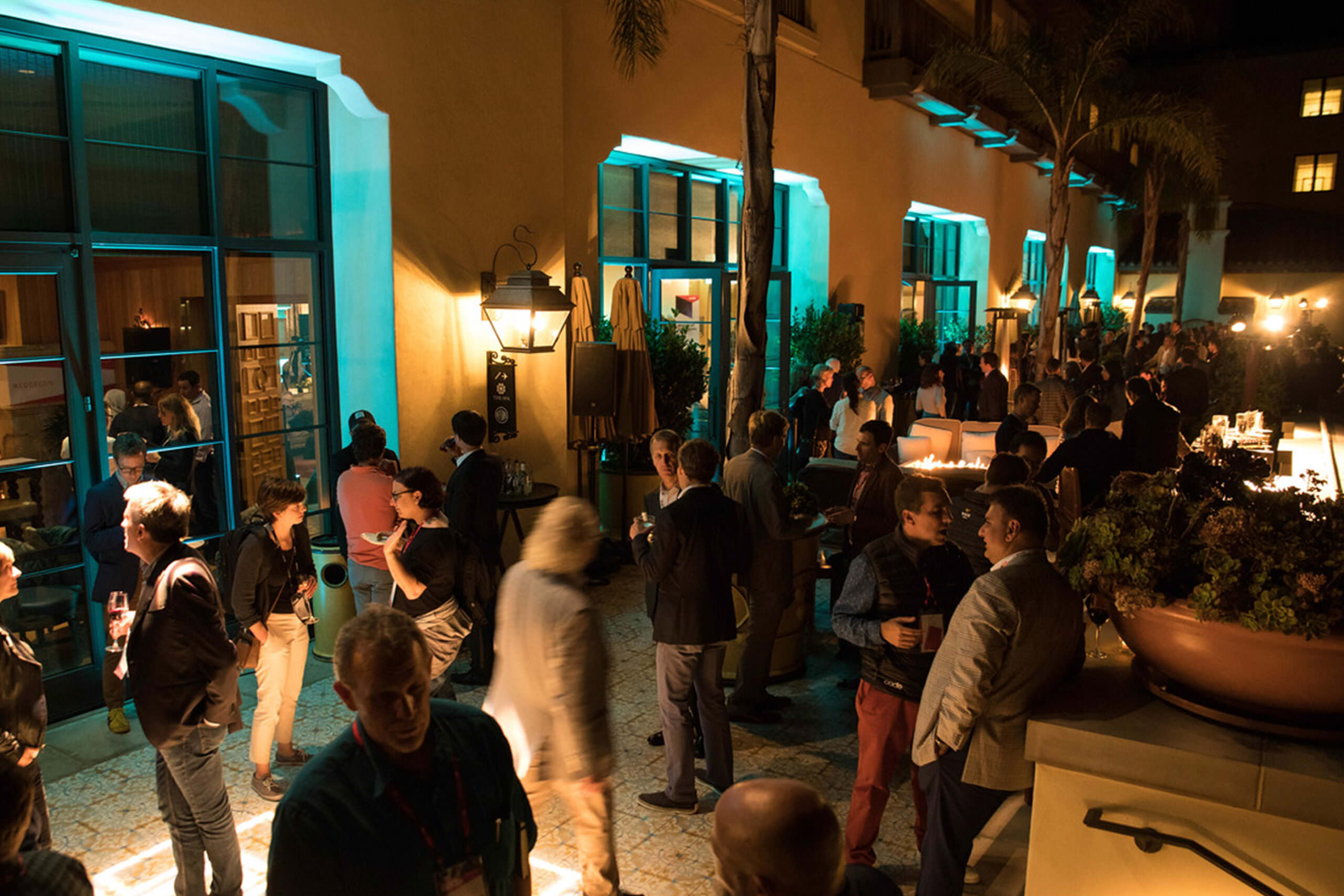 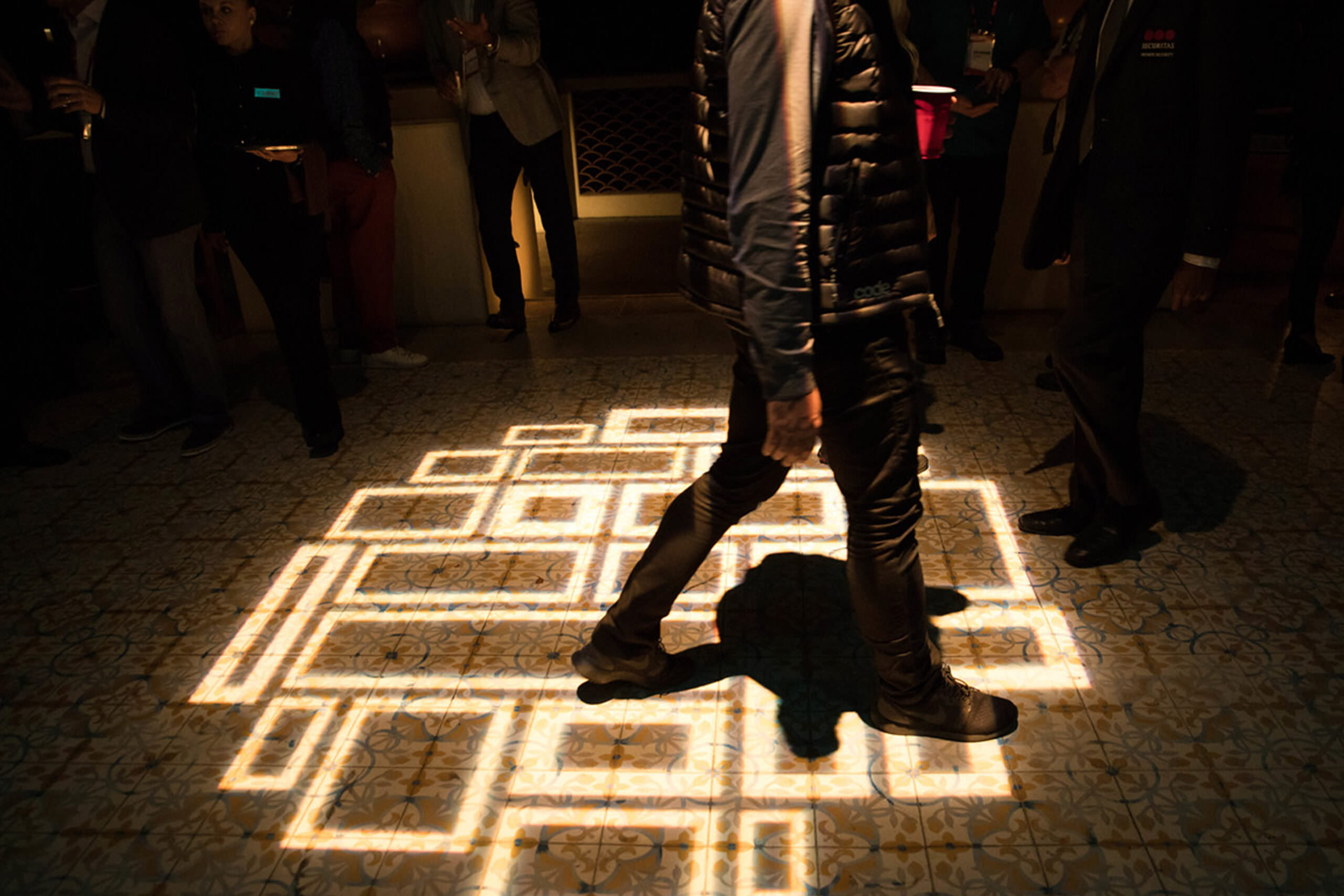